Apple Keynote 2017- Everything You Want To Know

Apple’s new launch has set the world in frenzy we have just got you all the things you need to know about Apple Keynote 2017. 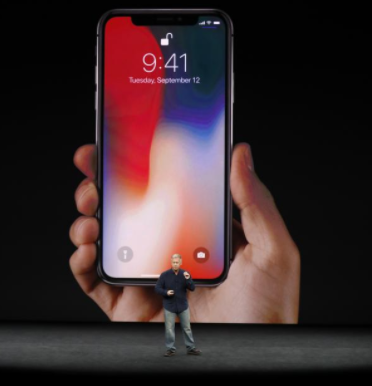 Apple keynote 2017 might just be the turning point for Apple.

With just one glance of the new iPhone x, you will be able to take a glance at the future of Apple. I can tell you right here that with the launch of the new iPhone, Tim Cook just pulled off a Steve Jobs. Hand down, one of the best iPhones ever made.

If you want to talk about specifications, well have at it then.

It comes with a dual camera setup of 12mp each. One has a wide angle lens of f1.8 aperture and the other a telephoto lens with an f2.4 aperture.

Out of all the new features, the iPhone X has to offer, the face ID is something Apple is banking on because it is 2017 and fingerprint ID is so 2016. iPhone X has totally done with the fingerprint id, now all you need to do is just glance at your iPhone to unlock it.

It’s a no-brainer that Apple has chosen a radical new design for their flagship product. It’s a complete edge to edge display which is so immersive that characters just pos out of it.

When I say that it is a flagship product, what I mean is that it will cost you about $999. It costs similar to that of an iMac which you probably own, but don’t you want own something futuristic like the iPhone X.

The camera is the area where Apple must be really proud of because the duel sensors of the new iPhone X is stunning. Especially the new telephoto lens which has the capability of 2x zoom without losing any information. Other than that, the new iPhone is more than capable to take some of the best moving shots of everyday objects, with perfect color representation.

Equipped with the all-new A11 chipset, the new generation iPhone just flies. Play all the heavy duty game all you want, or just go on and render an HD video, there is nothing that the new iPhone cannot handle. Once you get your hands on the iPhone phone, there is no looking back.

What the 2017 apple keynote showed us, is that Apple still has enough flight left in them, and with the introduction of the new iPhone X, Apple has set the benchmark in the Smartphone market.